You’ve heard all the reasons why some people don’t learn languages, many of these founded on long-held myths and misconceptions. The truth is, in today’s increasingly interconnected and interdependent world, proficiency in other languages is a vital skill that gives you the opportunity to engage with the world in a more immediate and meaningful way—whether in your neighborhood or thousands of miles away—while better preparing you to compete and succeed in the global economy.

Here Are Our Top Ten Benefits of Learning Languages:

One of the most rewarding aspects of the human experience is our ability to connect with others. Being able to communicate with someone in his or her language is an incredible gift. Bilinguals have the unique opportunity to communicate with a wider range of people in their personal and professional lives. Knowing the language makes you a local no matter where you are, opening up your world literally and figuratively. You will be shaped by communities. You will be humbled by the kindness of strangers. You will build lifelong friendships. And for these reasons alone, you will see the reward of learning languages for many years to come.

Language skills can be a significant competitive advantage that sets you apart from your monolingual peers. They are among the top eight skills required of all occupations—no matter your sector or skill level—and the demand for bilingual professionals is rising exponentially. In fact, between 2010 and 2015, the number of U.S. job postings specifically geared toward bilingual candidates more than doubled.1 Employers are seeking professionals who can communicate seamlessly with customers in new and expanding overseas markets, as well as serve and sell to a large foreign-born population here at home. With more than 60 million U.S. residents who speak a language other than English at home, you don’t need to get on a plane to put your language skills to work.2 As an added incentive, in many instances, language skills also lead to hiring bonuses and increased salaries. Whatever your career aspiration—with language skills added to the mix, you’re ahead of the crowd!

The many cognitive benefits of learning languages are undeniable. People who speak more than one language Englishhave improved memory, problem-solving and critical-thinking skills, enhanced concentration, and ability to multitask, and better listening skills. They switch between competing tasks and monitor changes in their environment more easily than monolinguals, as well as display signs of greater creativity and flexibility. If that weren’t enough, as we age, being bilingual or multilingual also helps to stave off mental aging and cognitive decline.

4. Deepen Your Connection to Other Cultures

Language is the most direct connection to other cultures. Being able to communicate in another language exposes us to and fosters an appreciation for the traditions, religions, arts, and history of the people associated with that language. Greater understanding, in turn, promotes greater tolerance, empathy, and acceptance of others—with studies showing that children who have studied another language are more open toward and express more positive attitudes toward the culture associated with that language.

Traveling as a speaker of the local language can revolutionize a trip abroad. While monolingual travelers are capable of visiting the same places, travelers who know more than one language are more easily able to navigate outside the tourist bubble and to connect and interact with the place and its people in a way that is often inaccessible to those without the language. Learning  a second language also opens additional doors to opportunities for studying or working abroad.

In a world of more than 6,000 spoken languages, we sometimes require translation, but speaking at least one additional language empowers us to access information that would otherwise be off-limits. For example, individuals proficient in other languages are able to navigate the Internet as genuine global citizens—consuming and assessing foreign media and entertainment.

Not only does learning a second language improve communication skills and multiply vocabulary in your first language—yes, really!—but research shows that it makes picking up additional languages a much easier feat, especially among children.3 That’s because when you learn a new language, you develop new brain networks that are primed and ready when you embark on learning a third language.

Any language learner can attest to making his or her share of mistakes while discovering a new language—often in front of an audience. It’s a necessary part of the learning process! Learning a language means putting yourself out there and moving out of your comfort zone. The upside is the amazing sense of accomplishment you’ll feel when conversing with someone in their native language.

Studies show that decisions made in your second language are more reason-driven than those made in your native language.4 Contrary to popular assumptions, when we deliberate in a second or third language, we actually distance ourselves from the emotional responses and biases deeply associated with our mother tongue. The result? Systematic and clear-headed decisions based on just the facts.

As we explore a new language and culture, we naturally draw comparisons to what is most familiar. Learning about another culture sheds light on aspects of our own culture—both positive and negative—we may not have previously considered. You may find a greater appreciation for what you have, or you may decide to shake things up! 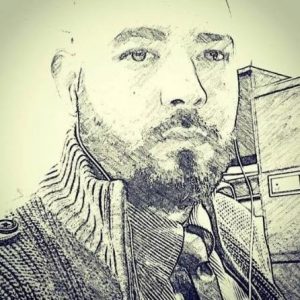