It was the year 2003 and I was only 16 years old. I had never left my small island of Jamaica and traveling to a new country was an exciting, yet scary experience. I felt like Eddie Murphy in the movie, Coming to America, only I wasn’t coming to find a queen … I was coming to further my education. The first few days weren’t difficult because my mom was with me throughout orientation and the checking in process, but the reality of living on my own, meeting new people and experiencing a new culture hit me like a ton of bricks when mommy returned to Jamaica … without me!

My first month was the hardest because I missed home, the food, my family, my friends and my way of doing things. It was hard to adjust because I had not one, but two American roommates with whom I had to share a room and bathroom.  This was difficult for me because I grew up as an only child with my own room and bathroom, so I was used to having my own space and what made matters worse was, my roommates hardly understood a word I said when I spoke because I had such a thick Jamaican accent. As a matter of fact, my first semester, I must have repeated myself a million times because no one could understand what I was saying and I was speaking English!

Nevertheless, despite my homesickness and being misunderstood my first month, I learned to adjust to the U.S. culture because I made friends very easily and my roommates and I became great friends. They taught me how to carve a pumpkin for my first Halloween, which I was really proud of and I dressed up for the first time as a nurse, which was exciting because I had always seen Halloween being celebrated on TV but never got the chance to experience it because it’s not celebrated in Jamaica. I also learned about the history of celebrating Thanksgiving, as I spent my first Thanksgiving dinner at school with other international students, who did not return home for the holiday. I remember stuffing my face with turkey, ham, chicken, mashed potatoes, sweet potatoes, green beans, and so much more! The “Freshman 15” (a myth that every freshman gains 15 pounds their first semester of college) was no myth for me because I went from 97 pounds to a whopping 115 pounds by Christmas.

I happily embraced the U.S. culture and adapted in no time but I never forgot my Jamaican customs and traditions. I was very proud of my culture and loved telling people about my island. I even grew to love the puzzled looks on people’s faces when I spoke because of my thick accent, but I eventually started teaching my friends the Jamaican dialect, which is Patois and now they all greet me by saying “wah gwaan,” which means “what’s up.”

After being in the U.S. for eight years, seven of which I was an international student, I can honestly say that I loved every minute of it, even the difficult times when I was homesick and misunderstood because those moments helped to mold me in the person I am today. Being an international student in the U.S. opened my eyes to a world of different cultures, meeting new people, great opportunities and a promising future. If I had to do it all over again, I wouldn’t think twice about it I would definitely do it all over again. This experience made me feel as if I have traveled all over the U.S. and the world because of all the friends I’ve made who come from different places and I know one day I will be visiting them in their home countries. So, my journey definitely continues and I am so proud I did it. 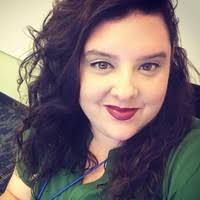 My journey from Cuba to the CBT Technology Institute family.